The Meaning of Life

And now for something completely different, here’s a wacky idea (not really fully formed enough to be a theory) that I have about the meaning of life.

TL;DR the meaning of life is to decrease entropy.

(Note: I chose the word meaning instead of purpose for this post as purpose specifically refers to the reason something was created. Life being something that was “created” assumes a creator was responsible and since I’m not a religious guy, I don’t subscribe to this line of thinking.)

Entropy and the Second Law of Thermodynamics

While reading Sean Carroll’s book, The Big Picture , I spent some time reflecting on the concept of entropy. Entropy’s a seemingly easily concept with some nuances that trip people up (including myself). Khan Academy has a good explainer but here’s a quick refresher.

Which of these two pictures has higher entropy?

If you guessed that the melted ice glass on the left has higher entropy, you are correct. But why?

This isn’t exactly a fair analogy, but assume I gave you an assortment of hydrogen and oxygen atoms and told you to shake them up and throw them in a cup. What are the odds that you’d get ice in the exact same configuration shown in the picture on the right? Well, there’s an astronomical number of atoms in that glass and the odds of every single one falling falling exactly into place to produce those ice cubes seems insanely rare.

As ice melts and turns into water however, the configuration “blends” and it is much easier to produce a glass of water that maintains the same characteristics.

This process of “blending” is happening literally everywhere in the universe.

In fact, the second law of thermodynamics states:

The total entropy of an isolated system can never decrease over time.

The level of disorder in the universe is steadily increasing. Systems tend to move from ordered behavior to more random behavior.

If in Avengers Endgame, Thanos represented entropy, a snap of his fingers wouldn’t reduce the population by half but rather instantly turn the universe into a cold, black, barren, indifferent wasteland of atoms randomly jiggling for eternity. This brings me to life.

Starting with the simplest form of life we know, single-celled organisims, they represent a move from disorder (an assortment of atoms randomly jiggling around) to order: Ribonucleic acid (RNA) molecules, cellular nucleus, endoplasm, ectoplasm and so forth. 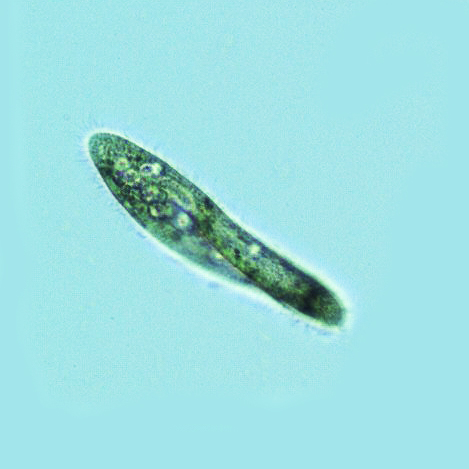 In fact, when NASA scientists were asked in 1964 how to go about detecting life on other planets like Mars, scientist James Lovelock replied:

I’d look for an entropy reduction, since this must be a general characteristic of life.

(Aside: exactly how order can be dervived from randomness is a question that remains unanswered to this day.)

More complex lifeforms like humans seek to push back entropy more agressively. Our bodies are not only walking examples of entropy decreasing, we seek to create order from disorder.

We spend energy to craft materials and tools and use them to build strutures, paint pictures, make music and so on.

As individuals, none of us can escape entropy. We die, our bodies decompose and the well maintained structure of all our atoms becomes more and more disorganized (ashes to ashes etc.).

But we also reproduce. If resources exist, we don’t just replace ourselves, we grow. 2 becomes 4, 4 becomes 8, 8 becomes 16 and on and on.

If you’re like me, you’ve spent hours wondering why you’re here, take solace that the reason seems to be this: the meaning of life is to decrease entropy.

So get out there and create: paint, write, program, build, sing. It’s the only thing it seems we can confidently say life should do.

If you’d like to read more on this subject, I recommend giving these a look:

Written by Mike Sukmanowsky. A product manager and programmer who lives and works form home in Mississauga, Ontario, Canada. Follow him on Twitter